Will a New Resume Help? 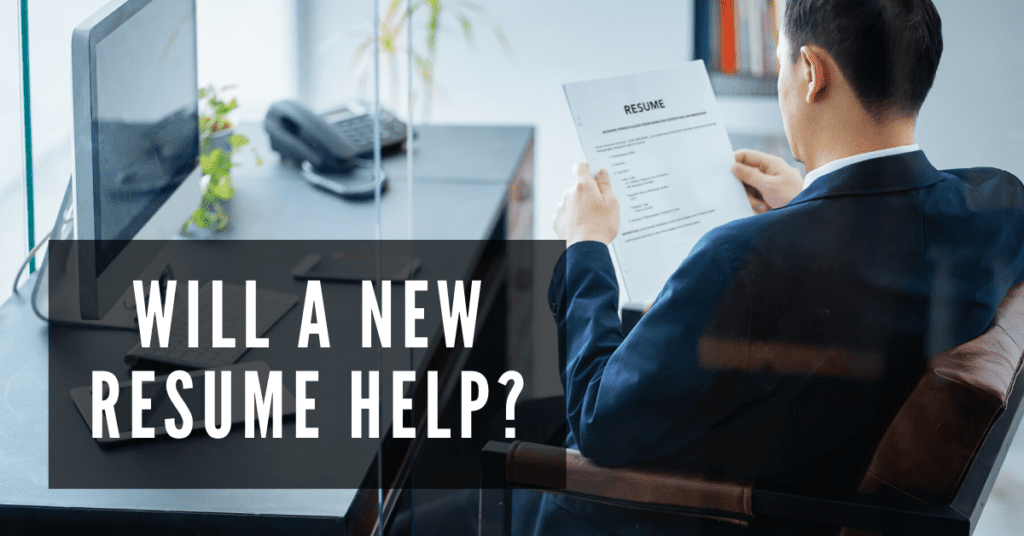 Alison was skeptical about whether a new resume could help her job search. She believed that her current resume gave employers all the facts they needed and anything I could add would be, as she put it, “sugar coating.”

The first thing I explained to her is that relaying “facts”—where you worked, how long you worked, what duties you performed, what responsibilities you had—were certainly important but were only a small part of her career history. “You received several promotions,” I said. “What did you do to deserve that first promotion?”

Alison’s said, “I did what anyone would do in my job.”

“Okay,” I answered, “how many people at your company held a job similar to yours?”

“There were five of us.”

“And were they all promoted?”

“So let’s think about why you were promoted. When you had your annual review, did your boss praise you for any specific reason? Did you do something at work that the other five did not do?”

“My boss said several customers had spoken to him about how knowledgeable I was about our products and how I helped them to make a decision about which model to buy. He said the senior sales person mentioned that I asked excellent questions about the new products and seemed to understand how they would help customers solve their problems.”

I said, “That is wonderful, Alison, but none of that information is in your current resume. Companies are always looking for salespeople who are eager to learn, understand their products and form relationships with customers that result in sales. Your promotion was due to real accomplishments on your part. The bare fact that you received a promotion is only part of the story. The rest of the story is the why and how of the promotion. Your accomplishments make you stand out from the competition, including your four co-workers who were not promoted.”

Alison and I then worked through her resume and found several more instances of accomplishments that showed her potential value to a new employer. When we were finished, I rewrote her resume to emphasize her achievements, as well as her skills. Her resume and her job search were revitalized!

This site uses Akismet to reduce spam. Learn how your comment data is processed.

We use cookies to ensure that we give you the best experience on our website. If you continue to use this site we will assume that you are happy with it.OkPrivacy policy